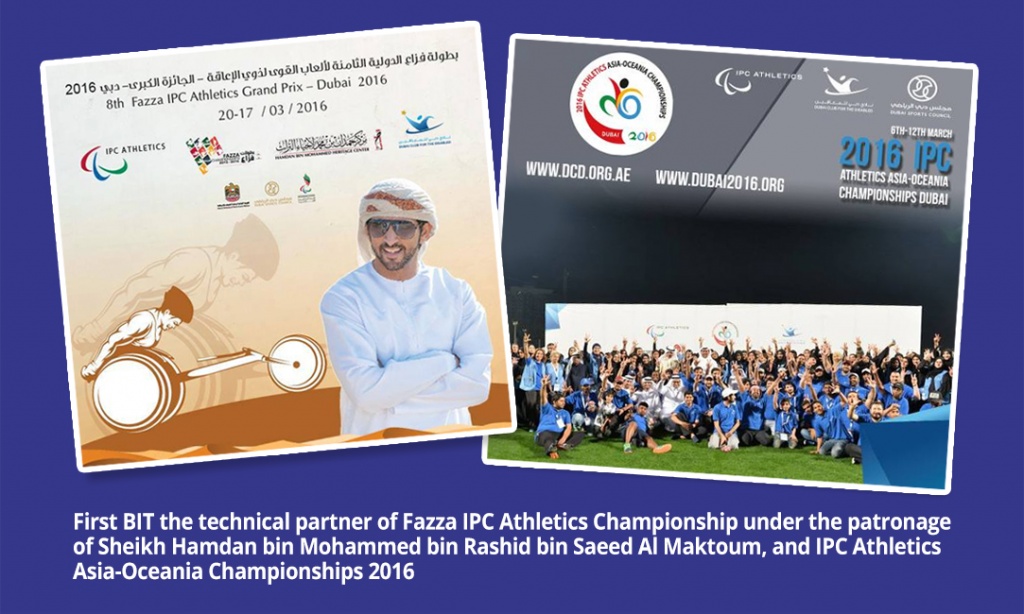 technopeak supplied the hardware and set up and managed a network system for live Internet broadcast and Wi-Fi coverage. Our company's ability to provide top-quality on-site IT services at short notice helped the events' organizers select technopeak as the official technical partner. Despite high user density, diverse traffic, and inclement weather, the company experts ensured reliable performance of the Wi-Fi access points and the broadcasting system.

- 1.5 km of cable installed to connect all devices in order to cover the entire venue;

- the entire system set up, supplied equipment, configured and tested within 5 days;

“The time requirements were very tight. Thanks to IT team, led by Igor Averin, experience, technopeak specialists were up to the task set by 3 days to provide a top-quality, modern communication system for the IPC Athletics events. The unexpected storm added to the challenge, but the system and hardware performed well, with the LAN operation resumed on the same day.” – Alexander Sokolov, IT Director, technopeak Dubai.

Dedicated and highly-skilled technical assistance staff available to serve you.
Refer a Friend
If you know someone who is worried about any aspect of their business technology, do them a favor and put them in touch with us. By recommending FirstBIT you can help them enjoy worry-free IT and reap some rewards for yourself.
Your feedback
is highly appreciated
and will help us to serve you better
Log On Forgot Password
Sign Up